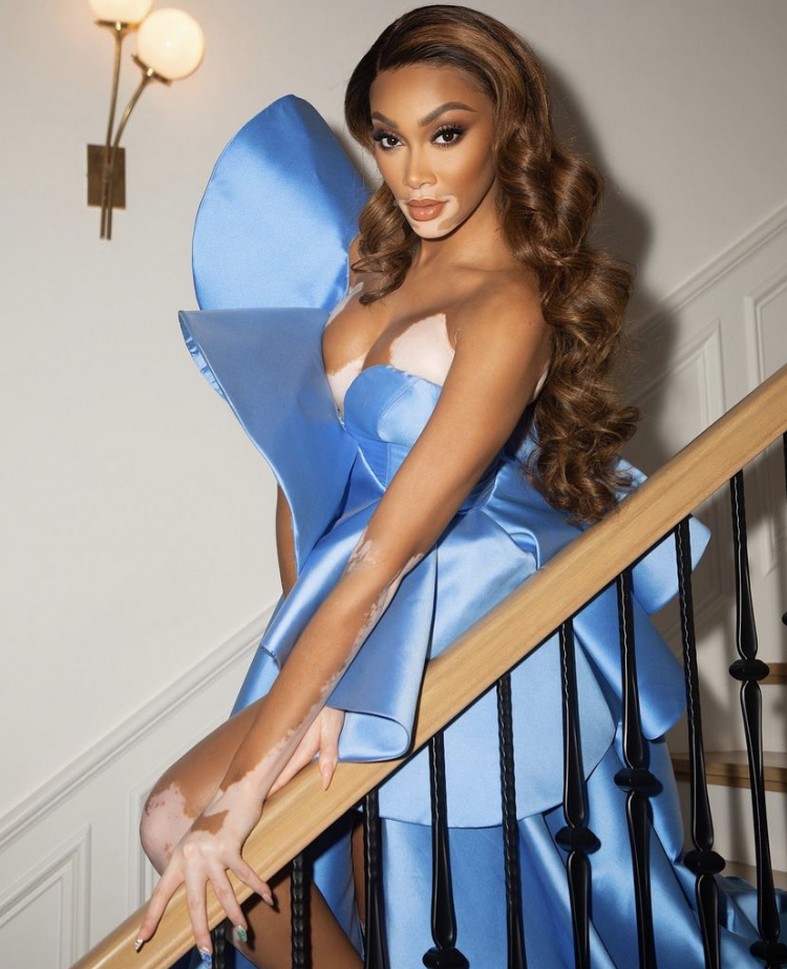 Just a fantastically beautiful blue dress of the Lebanese brand Georges Hobeika was worn by model Winnie Harlow at a party held as part of the last night’s “Oscar” in honor of the American soul singer, actress and songwriter Andra Day.

Recall that according to the results of the voting of the Film Academy, “Nomadland” was recognized as the film of the year. This year, the ceremony was not as pretentious and crowded as usual, and the traditional after-party was also modest. But still, as always, it was not without supermodels. Winnie Harlow chose a sky-blue satin dress with an endless draped slit at the side and a short train for the party. Such a dress would look great on the red carpet!